You are here: Home / Uncategorized / Carbohydrates Don’t Cause Insulin Resistance
Share this article 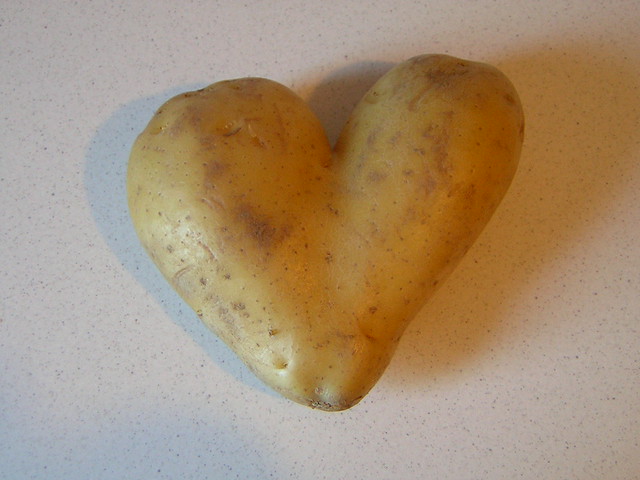 The following is a guest post from Matt Stone of 180 Degree Health.

This is to intellect what Bob Saget is to comedy.

There are so many complexities and contradictions to this widespread belief that a more informed researcher like me hardly knows where to begin when it comes to debunking it.

Confused yet? Good. If you think you know what causes heart disease, you are probably buying into some oversimplified nonsense being spoonfed to you either by the government, the medical establishment, the food industry, or some guru with a pet theory that claims to have the answer and that those aforementioned entities are all trying to kill you in their pursuit of financial gain.

Of course, we could examine any theory of any mainstream prevalence and find a similar phenomenon. Most of what the masses believe is pitiful oversimplification. Like carbon dioxide increasing the greenhouse effect and leading to global warming. Oh yeah, it's like, so totally that simple! Let's start a big movement and get our own personal identities wrapped up in this new knowledge we possess and can now share with those lesser beings. To save the world of course!

Sure, the human-caused global warming thing made perfect sense too, when carbon dioxide levels aligned with average temperature. Now that they don't (we are in a global cooling trend right now, as CO2 levels continue to rise), we can all take a step back and realize that what we thought was so simple wasn't so simple after all.

I would like to share another good one with you. I hope you're sitting down for this, because this one is really hilarious! And that oversimplification is:

Carbohydrates raise glucose levels, which causes insulin levels to spike, and over time this causes our cells to become resistant to the effects of insulin. This is called insulin resistance, a metabolic state that is the root problem in diabetes, obesity, heart disease, and many other conditions.

Trust me, when I came across this I was so excited! And when I reduced the carbohydrates in my diet I felt awesome and got really lean without even exercising! Wow! All so simple and sitting right under our noses the whole time. I did what any weak-minded health and nutrition noob would do… I quickly started a website business and wrote a book about how cutting back on the carbs would heal everyone on earth of all health problems. Your welcome world!

Things worked out great until I started getting a lot of comments and emails from people who were losing their hair, couldn't sleep, were having anxiety attacks, stopped menstruating, developed gout, had chest pains, lost their sex drive, had freezing cold hands and feet, and on and on and on (and on). That and of course, I developed some of the same problems myself, even eating a puritanical diet of grass fed, pastured, organic, local everything.

A type 2 diabetic that I've been communicating with recently lowered her postmeal glucose levels from 359 mg/dl to 132 mg/dl in just 3 weeks by switching from a low-carb diet to a diet with lots of starches, and plenty of tasty ice cream of course, and other important changes (like reducing her water consumption, eating a bigger breakfast, getting more sleep, etc.).

And eating more carbs most certainly doesn't raise baseline insulin levels. In fact, my most talked about individual case was a girl who achieved one of the most impressive drops in fasting insulin levels (from 33 IU/m to 4.7 IU/m) perhaps ever recorded without relying on temporary tricks like cutting out entire food groups or cutting calories down to starvation levels (both of which lead to rebound and a net worsening of pretty much all lab values of not just glucose and insulin, but also triglycerides, HDL, LDL, etc.).

Most people think they are stuck with insulin resistance. Like it is some kind of diagnosis of some kind that is a chronic, lifelong disease. Not at all. Insulin resistance, in my experience, is a condition that is easy to overcome assuming you are consuming plenty of carbohydrates and doing other important things to stimulate metabolism and decrease stress hormone secretion.

The girl mentioned above with the huge drop in baseline insulin levels saw this drop due to her dramatic improvement in her sensitivity to insulin. Once again, this was achieved by adding more than 200 daily additional grams of carbohydrates to the low-carb diet she had consumed for four years prior.

And her level of insulin resistance, measured by the HOMA-IR test, dropped from 4.1 to 0.6. 1.0 is considered perfect, more or less. So she actually went to the other end of the spectrum to have far above-average insulin sensitivity. Her blood glucose levels dropped by a third as well. Even 2 hours after a meal her fasting glucose is remaining around 80 mg/dl these days. Glucose metabolism excellence.

If anything, insulin resistance is a natural state to be in when metabolism is low and/or stress hormones like cortisol are too high. If you do even the most basic research on the disease of having an excess of cortisol (Cushing's Syndrome), you see immediately that abdominal fat, severe insulin resistance, type 2 diabetes, astronomical risk of heart disease — these are all brought about by excesses of cortisol.

And we know that there are all kinds of things that produce increased cortisol production. Carbohydrate restriction is one of them. Dieting is another. Carbohydrate consumption is not, and frequent carbohydrate feedings actually keep the stress response of the body suppressed (once glucose metabolism has been restored, and wild blood sugar fluctuation, a disorder caused by a low metabolism, has been corrected), which is why they are useful in restoring insulin sensitivity.

So please, enough with the carbophobia. In the right context, carbohydrates are an absolutely essential tool in achieving many physiological improvements – certainly raising metabolic rate, decreasing insulin resistance, lowering blood glucose levels, building muscle, increasing fertility and sex drive, improving mood, lowering inflammation, and just about anything else that you could attribute to increased metabolism and decreased insulin resistance. You can even rebuild your gut and change your gut flora by changing your metabolism – a process that simply cannot happen without adequate carbohydrate intake.

The belief that carbohydrates, or any basic constituent of food, is single-handedly responsible for our modern disease epidemics is extremely foolish, and holding us all back from openly exploring the true medical use of dietary change. In more plain language… Don't be no tater hater!

If this challenges your beliefs, I would like you to know that I actually think Bob Saget is pretty funny. So we are not all that different, you and me. And come on! A global cooling cycle? Like my Texan stepmother says, “It's hotter'n sheeit!”

Seriously, though. If you are under the influence of low-carbism and not getting very far with it, I can promise that if you follow some of my most basic guidance I can show you a whole new world where carbs are our friends and can help us achieve everything a low-carb diet was promised to deliver but didn't. And after all the dietary enslavement we've put ourselves and our families through trying to eat some puritanical diet — befriending carbs once again is a gluten tootin' good time!

Click here to check out all of Matt's e-books, including his brand new book, 12 Paleo Myths: Eat Better Than a Caveman (I'm reading this book now and enjoying it immensely — I'll be posting a review soon).

Got questions? Click here to learn how you can do a one-hour phone consultation with Matt.