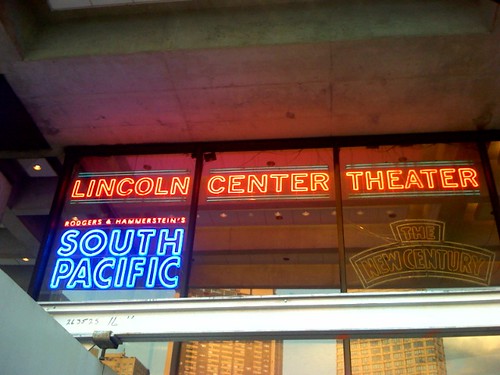 So far our vacation has been fantastic. Seth and I are back on Long Island now, after spending the weekend in New York City.

Friday night we went to Chef Eric Ripert's Le Bernardin. It was delicious beyond words. I don't remember what Seth ordered but I had:

After dinner we saw South Pacific, which was everything I imagined it would be. It was funny and heartwarming and joyous. If you are planning to visit New York anytime soon, don't miss this show. 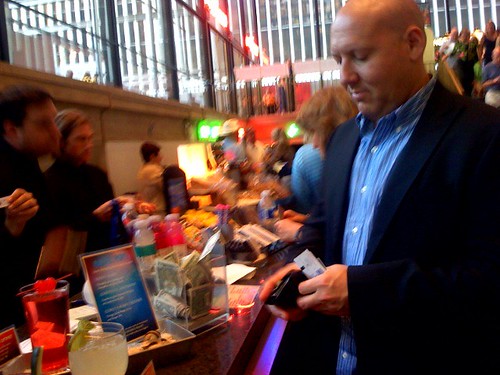 The next day we slept in (12 hours!) and hung out and walked a lot and ate at Zarela, a Mexican restaurant in midtown. I was really looking forward to eating there and it was good, but not as good as I hoped.

I was disappointed to learn that they don't cook everything in lard. The tortillas are made with lard and the beans have lard, and some of the desserts.

But sadly, everything is fried in vegetable oil. Including the chips.

That said, I was bold enough to order the calf's liver — and I'm glad I did.

I absolutely loved this. And honestly, I did not think I would. But it was really really good! I want to learn how to make it at home. I promise I will post the recipe when I do.

The next day we ate lunch at John's Pizzeria on Bleeker Street. Best pizza in Manhattan, in my opinion. Mainly due to their wood-burning oven. You just can't do a crust like that without that oven.

That night we met friends at a little bistro in the Village called Lucien. I had the duck liver pate (mmm — more liver!) and a fabulous plate of duck: magret and confit of duck on a bed of spinach, figs, and turnips. Plus a cheese plate.

We also went outlet shopping on Long Island. I am actually going to be able to finally put my maternity clothes away. I'm not back to my pre-pregnancy size, but you know what — who cares? I'm planning on getting pregnant again in the next year or so anyway so I might as well just be happy as I am for the time being.

After shopping, we went out and I had a giant plate full of lobster and mussels — it was fantastic!

Oh, and here's the roast pastured chicken Seth's mom made us the first night we were here: 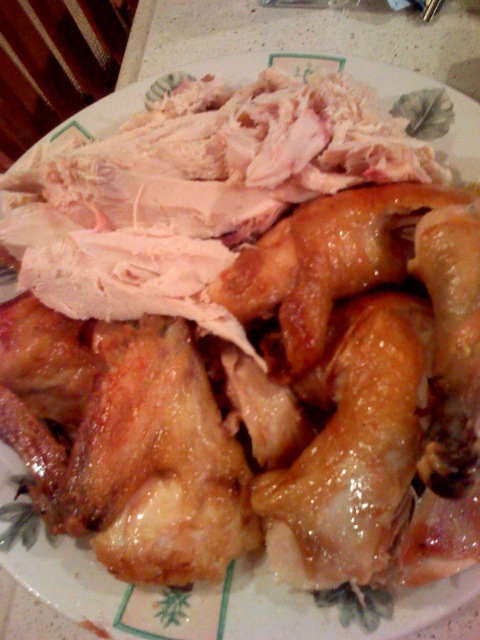 Doesn't that look fabulous? It was so good! Tonight she grilled some grass-fed steaks outside. They were terrific. We also made chocolate ice cream one night.

We are eating so well and getting lots of rest. And Kate's walking up a storm. Oh and we've been playing a lot of Upwords. I love that game!