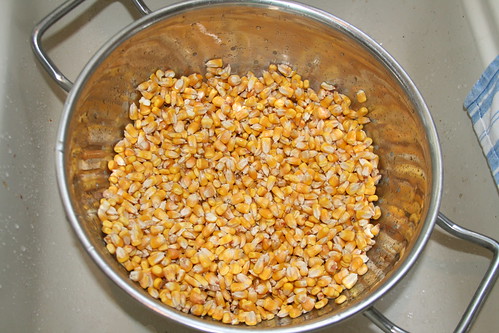 I've been wanting to make homemade corn tortillas for a long time. I grew up in Texas and I love the taste of homemade tortillas. Storebought tortillas just don't cut it. It's like eating Wonder Bread compared to homemade sourdough.

I also want to be able to make my own corn chips, since there are no chips on the market fried in healthy traditional fats like lard.

The easiest way to make homemade tortillas is to use masa harina, which is a corn tortilla flour. However, most brands (Maseca is the most popular) are made with genetically modified corn.

I was able to find organic masa harina at an online store. But I called them and they said they only cook the corn with lime for 40 minutes. They do not soak it in the lime water. While it's better than eating Maseca, I don't think that's good enough. In traditional cultures, the corn was soaked in lime water for 1-2 weeks.

Besides, corn tortillas made with masa harina are vastly inferior to tortillas made from freshly made masa. And as we know, with whole grains, it is important that they be very fresh in order to retain nutrients and flavor. Most storebought flours (including masa harina) are rancid.

It turns out that making your own masa, and your own tortillas, is not very difficult. And it's not expensive either. However, like most traditional recipes, it cannot be done all in one day.

So I've broken this post up into 3 posts. The first step is to cook and then soak the corn in lime water. Then the mixture is washed and ground. Then it is shaped into tortillas and fried.

Today we'll start with the initial cooking and soaking.

How to Soak Corn for Masa 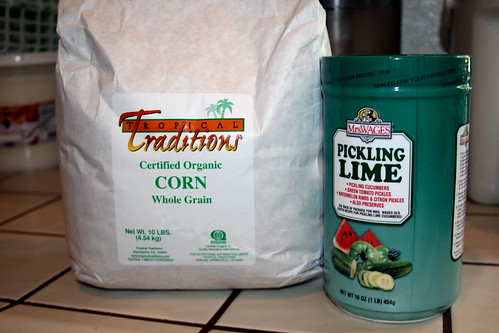 1. Rinse 1 1/2 pounds corn in a colander.
2. Add 2 quarts of filtered water to a stock pot or saucepan.
3. Mix in 1 1/2 tablespoons pickling lime and turn heat on high.
4. Pour the rinsed corn in. Remove any kernels that float to the surface. 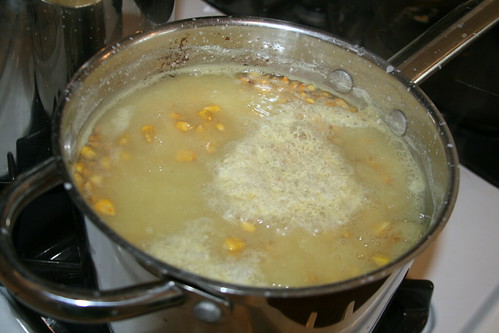 5. Bring to a boil, then turn the heat down to a simmer. Let it cook for 10 minutes, then remove from heat and let cool.
6. At this point, you can transfer it to a glass mixing bowl and cover it with a dish cloth to let it soak (you could also use an enamelware Dutch oven with a lid). It's best to soak in glass or enamelware. I am not sure if it's a good idea to ferment in stainless steel.
7. Mix well, cover, and let the corn soak for a minimum of 24-36 hours. Preferably longer, up to 2 weeks. The longer you soak, the more digestible and more nutritious the corn will be. 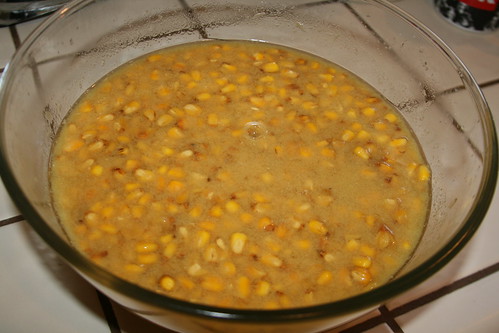 More to come in Part Two, when we'll wash and then grind our nixtamal (the soaked corn) into masa dough. In Part Three, I'll show you how to make the tortillas.

Other posts in this series:

106 thoughts on “Homemade Corn Tortillas – Part One: How to Soak Corn for Masa”