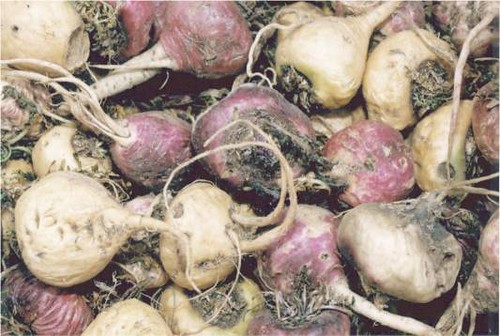 I've written about maca before but I just can't say enough about it. I already wrote about what it's done for my PMS symptoms (eradicated them!).

I started taking maca about 6 weeks ago. I took my temperature for a few days before I left for vacation and guess what? It's gone up from a daily average of 97.5 to 98.3.

I can't tell you how excited I am to know that my temperature is finally getting close to normal!

Whole World Botanicals also happens to be the maker of Royal Maca® which is the brand I take.

“…when I began to study the impact of taking maca on several women who were having moderate to severe menopausal symptoms they began — without my asking them — to report that they had been able to reduce their thyroid medication or in a few cases even to stop it entirely after using maca for two or three months. And they all reported feeling so much better, much more energetic.

What we have found is that when women start taking maca for their PMS or their hot flashes, vaginal dryness or mood swings, they begin to report very positive collateral effects on their energy levels (adrenal function and thyroid function), a cessation of sugar cravings and reduced fluctuation in blood sugar levels (they don't get light headed or irritable so easily), an improvement in their sleep pattern (perhaps pineal gland function), as well as cessation of heart palpitations (estrogen receptors in heart are filled) and improvement in bladder function (estrogen receptors in bladder are filled).

I have spoken with a number of women who have suffered from uterine fibroids for years who have taken progesterone cream or oral micronized progesterone for this condition which they believed had helped some but they still had the fibroids. Once they started on organic maca root powder or capsules the fibroids dissolved in two or three months.

Maca can be very helpful in reducing the fluctuations of insulin levels and therefore help reduce eating binges and overindulgence in sweets. It actually helps reduce the desire for sweets, which is the most important thing. That's because maca helps to balance all of the endocrine glands, including the pancreas. With improved pancreatic function, hypoglycemia is reduced or virtually eliminated, enabling people who have suffered from this condition to go for much longer time between meals without feeling hungry, much less than “starving” feeling.” Source