You are here: Home / Uncategorized / Save Drakes Bay Oyster Farm 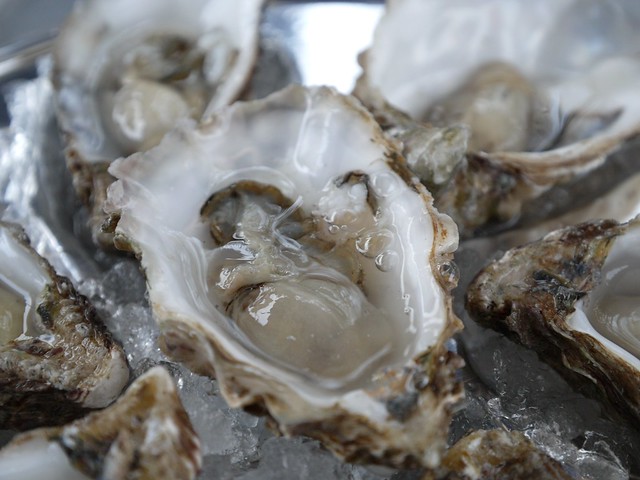 As many of you know, small, sustainable farms are under attack in America and around the world. Oyster farms are no exception. I've been reading about the dirty politics surrounding Drakes Bay Oyster Farm and my blood is boiling.

The National Park Service wants to shut them down, and for no good reason. Who knows why they are pushing for this (I smell something very fishy). Bottom line: their claims that the oyster farm is bad for the environment are TOTALLY bogus.

The National Park Service plans to shut down Drakes Bay Oyster Farm in 2012. According to The Oyster Guide:

The ecological footprint is tiny, and there's probably no other farm of any kind in the country producing so much high-quality, ultra-nutritious protein so efficiently. Kevin explained to me that the amount of organic meat that can be produced per acre on the oyster farm is many times what can be produced on an organic cattle farm (which he also owns). Kevin is even working to restore to the estuary two native, threatened shellfish species: the Olympia Oyster and the Purple-Fringed Rock Scallop. Yet the Park Service has decided that a working oyster farm, even one that is the paragon of sustainable agriculture, doesn't fit with their vision of what a national park should include.

While most kinds of “farmed” fish should be avoided, sustainably farmed shellfish (oysters, clams and mussels) are very good for you and are very important to the environment. Just like we promote grass-fed meat for the health benefits and for the environment, oysters are highly regarded for both reasons.

Drakes Bay Oyster Farm, established in the 1950s, is one of the last sustainable oyster farms in California. They have the very last cannery in the state.

There used to be a lot of canneries along the California coast. Now there is exactly ONE left — at Drakes Bay.

Why the Argument for Humanless Landscapes is Bull Crap

The Natural Park Service wants the land to go back to its “natural state”. As we know from sustainable grass farmers like Joel Salatin, the theory that the “humanless landscape” is best for our environment is total bull crap.

In fact, bull crap is exactly what is needed in order to build topsoil and revive our grasslands.

Lierre Keith, author of The Vegetarian Myth, makes the point that animals on pasture produce FAR more topsoil than “humanless landscapes”. A “humanless” pine forest produces only one-sixteenth of an inch of soil in 50 fifty years. Meanwhile, Joel Salatin's farm is building one inch of topsoil annually.

On Joel Salatin's Polyface Farm — the mecca of sustainable food production — organic matter has increased from 1.5 percent in 1961 to 8 percent today. The average right now in the US is 2-3 percent.

In case you don't understand, let me explain. A 6.5 percent increase in organic matter isn't a fact for ink and paper: it's a song for the angels to sing.

Remember that pine forest that built one-sixteenth of an inch of soil in fifty years? Cue those angels again: Salatin's rotating mixture of animals on pasture is building one inch of top soil annually.

So it isn't “wilderness” that we need. It's sustainable farms.

Why We Must Save the Oysters

According to Mark Kurlansky, author of one of my favorite books, The Big Oyster: History on the Half Shell:

[Oysters] suck in the water and take out algae and impurities and pump out clear water. So that when Henry Hudson first arrived in New York Harbor, the water must have been incredibly clear because of all those oysters. (Source)

According to a study published in the February issue of BioScience, 85% percent of the world's native oyster reefs have been destroyed. Three-quarters of the wild oysters left in the world, the study says, now live in North America —- and they aren't all doing that great, either.

Oysters aren't delicate creatures. In fact, you have to go out of your way to make life difficult for these animals, which happen to be the most efficient water filters in the world. For centuries, they kept the English Channel from choking itself on sewage and industrial sludge; a few beds can clean the entire New York City harbor in a matter of months, according to Mark Kurlansky's admirable book, The Big Oyster. In it, he notes that the creatures just a hundred years ago were so common and copious that you could buy a big jar of them, shelled, for a quarter. The indigenous peoples of Manhattan ate so many oysters that the leftover shells formed mountains that could be used as landmarks. More recently, their shells have been turned into calcium supplements and construction materials. But alas, out of pure shortsightedness, these incredibly beneficial animals have been driven to functional extinction.

So WHY would we want to get rid of them? Shut down the oyster farm and the oysters will continue to reproduce, but at a MUCH slower rate than they will if we allow the oyster farm to stay in business.

Bottom line: Oysters are being wiped off the face of the earth AND they are capable of very effectively cleaning and filtering the oceans, just as grazing animals help to produce topsoil. We need MORE sustainable oyster farms, not fewer.

Who's Behind The Attack on Drakes Bay Oysters?

The push to close Drakes Bay Oyster Farm is being fueled by the likes of the Sierra Club, Rainforest Action Network, National Parks Conservation Association, National Wildlife Federation. They have formed a coalition with a website teeming with unsupported claims and logical fallacies:

If we lose the wilderness status at Drakes Estero, it opens the door for industry to do the same in our wilderness areas and national parks across the country. (Source: Save Point Reyes Wilderness)

I could go on and rip apart all the fallacious claims on their website but I'll stop here. I want to get this post up so you guys have time to do something to help save this small family farm (scroll down to the bottom for the post for how you can help). 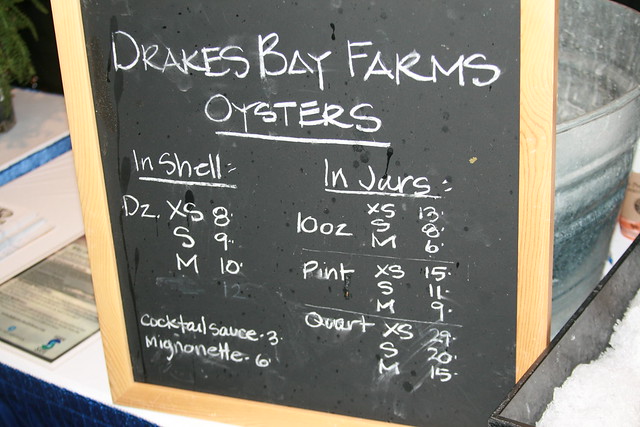 So What Are the Claims?

Here is what they are claiming:

Let's take a look at these false claims, all of which have been soundly disproven by the National Park Service's very own data:

Dr. Corey Goodman shows that the seals are being harmed by kayakers, not the oyster farm boats. These photographs come from the National Park Service — 3 1/2 years worth of photographs that clearly show that there has not been a single disturbance by the oyster farm.

Watch Dr. Corey Goodman's video proving that the seals are not being harmed:

3. Oysters do NOT threaten native species.

According to the Alliance for Local Sustainable Agriculture:

Historically and currently, the shellfish species produced within this lease include Pacific Oysters, Kumamoto Oysters, Manila Clams and Purple Hinged Rock Scallops. These products continue to be produced as “singles” and sold live in-shell as well as shucked packed in various sized containers. The water temperature of Drakes Estero remains too cold for the non-native oysters to reproduce, therefore they are not able to escape into the natural habitat.

The Drakes Bay Oyster Farm produces its own shellfish seed (baby shellfish) by performing remote setting on-farm, which mean no “hitchhiker” organisms or diseases are introduced from elsewhere.

Folks, oysters are CRITICAL to the health of our oceans.

A single oyster is capable of filtering over fifty gallons of water per day. Scientists have shown that the shellfish aquaculture in Drakes Estero improves both species richness and abundance in Drakes Estero.

For this reason, the California State Legislation reads:

14950. This chapter shall be known and may be cited as the Shellfish Protection Act of 1993.

14951. The Legislature finds and declares all of the following:

How You Can Help Save Drakes Bay Oyster Farm

Please take 5 minutes and submit a comment on the Draft EIS.

Tell them that you SUPPORT Drakes Bay Oyster Company and you believe that sustainably farmed oysters IMPROVE the environment and do not harm it in any way.

The action you take can help to keep this family farm alive. Please just click over and tell them that you Drakes Bay Oyster Farm is good for the environment and demand that they let them stay open.

Remember, the National Park Service works for US, the American people.

If you are a member of the Sierra Club, Rainforest Action Network, National Parks Conservation Association, National Wildlife Federation or any of the organizations listed on this page, I implore you to STOP giving these people your hard-earned money. They are spreading lies about a sustainable farm and this should not be supported.

Photo credits: Oyster by Swamibu, on Flickr and Drakes Bay by jdlasica