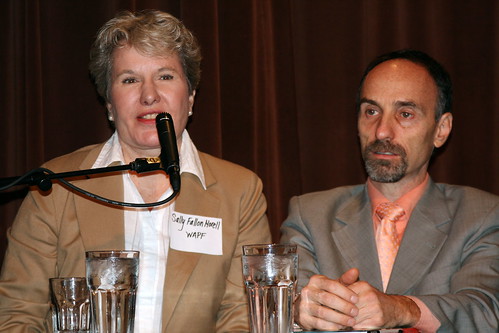 According to a press release issued by the Weston A. Price Foundation:

Citing serious health conditions due to high levels of soy, inmates in the Illinois prison system are suing for a permanent injunction against the substitution of soy for meat in prison meals.

The soy-based prison diet began when Rod Blagojevich was elected governor of Illinois in 2002. Beginning in January 2003, inmates began receiving a diet largely based on processed soy protein with very little meat. In most meals, small amounts of meat or meat by-products are mixed with 60-70 percent soy protein; fake soy cheese has replaced real cheese; and soy flour or soy protein is now added to most prison baked goods.

The Weston A. Price Foundation has hired an attorney to represent several inmates incarcerated in the Illinois Department of Corrections system. The lead case is captioned Harris et al. v. Brown, et al., Case No. 3:07-cv-03225, and is currently pending before the Honorable Harold Baker in the United States District Court for the Central District of Illinois. The suit seeks an injunction putting a halt to the use of a soy-laden diet in the prison system.

Click here to read the rest of the press release. 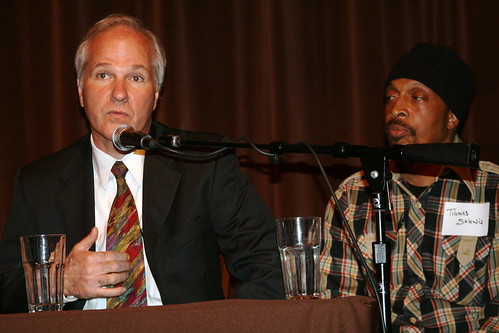 What's so important about this case is that if we can set a precedent in the justice system, it will help to stop the proliferation of unhealthy soy foods in other public institutions like schools and nursing homes. According to the Weston A. Price Foundation:

“Unless we can succeed in obtaining a permanent injunction against the serving of soy in prisons,” says Fallon, “we can expect to see more and more soy in institutional meals. Children are the next targets.” Fallon cites an Illinois school district pilot lunch program that is using textured soy protein instead of meat in popular dishes such as chili, spaghetti sauce, lasagna and imitation chicken nuggets.

“Soy foods and soy milk contain plant estrogens that cause endocrine disruption as well as components that block the uptake of protein and the utilization important vitamins and minerals,” says nutritionist Kaayla T. Daniel, PhD, author of The Whole Soy Story: The Dark Side of America's Favorite Health Food. “Consumed in large amounts, soy foods can lead to serious reproductive and thyroid problems as well as malnutrition. Soy is totally unacceptable as a major food source, especially for growing children. The Israeli Health Ministry in 2005 warned its citizens that children should not eat soy foods or drink soy milk more than once per day or more than 3 times per week. It also advised adult men to exercise caution because of adverse effects on fertility.”

I have posted four of the videos of the press conference on YouTube and shared them below. There are 10 parts total (you can watch the rest by clicking over to YouTube).

Also, here are some high resolution photos I uploaded to Flickr that you can use on your blogs. Just click on “any size” and copy and paste the code to share.