“When you die, if you get a choice between going to regular heaven or pie heaven, choose pie heaven. It might be a trick, but if it's not, mmmmmmmm, boy.” — Jack Handy

We had a few people over for a BBQ on Saturday, to celebrate my 40th birthday. My friend Steven came over on Friday to help me make some pies and cobblers. 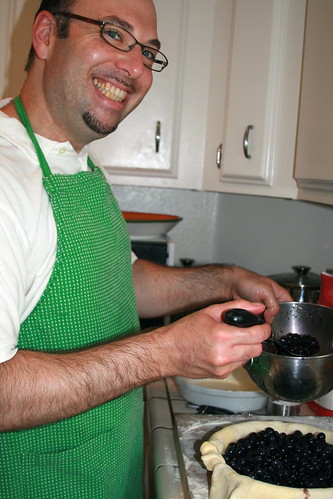 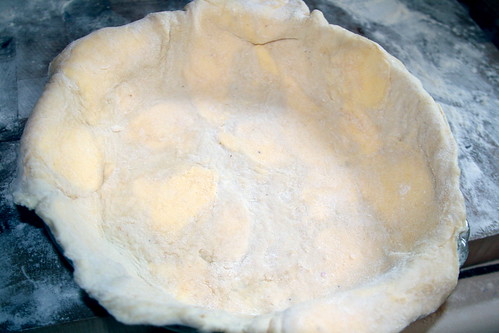 This is what a good pie crust should look like. See those hunks of butter? That is what ensures a flaky crust.

The trick to a good pie crust is this: You don't want to handle your pie crust too much and overincorporate your fats. Also, start with very cold (frozen even) fat. You don't want it to melt while you are working the dough. The more the fats stay together, the more air pockets you will create — which creates the flakiness.

It is essentially the recipe from Jeffrey Steingarten's The Man Who Ate Everything. (Except I used stevia instead of sugar.) This is the recipe I have followed for years, and it comes out perfect — I mean perfect — every time. The first time you read the recipe, it is a little intimidating. It's like 9 pages long! But once you learn how to do it, you will never use any other method.

We also brushed a little milk and egg yolk onto the tops of the pies to give them that nice golden brown tan.

Here's the blueberry pie before we baked it: 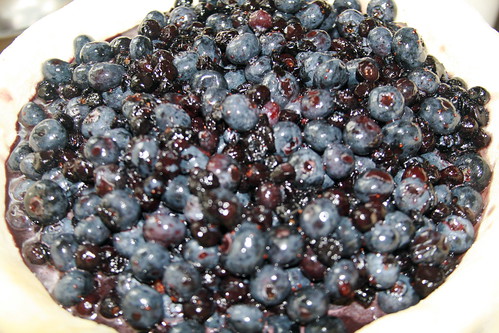 And here's the apple pie prior to baking: 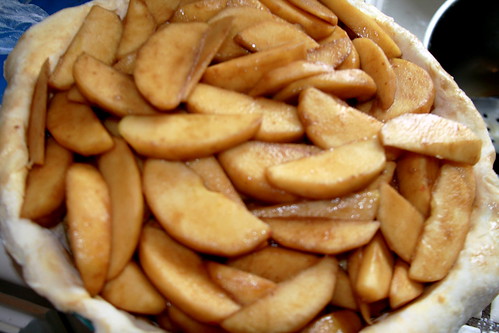 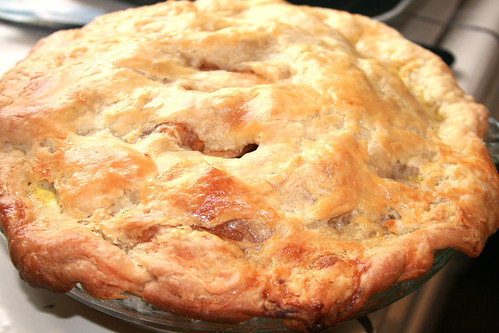 And here's the apple cobbler: 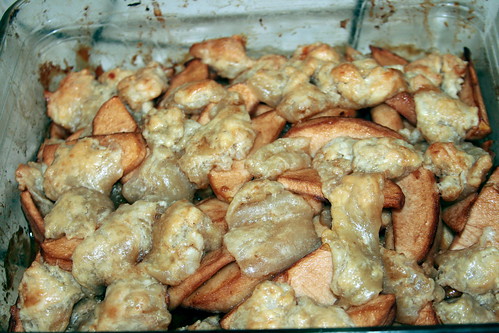 Cobblers originated on the American frontier — when they were in the stage coaches traveling west — they could not roll out the pie dough so they had to be creative.

We used organic blueberries and organic Pink Lady apples (I prefer tart green Granny Smiths but I could not find any).

Here's the blueberry pie out of the oven: 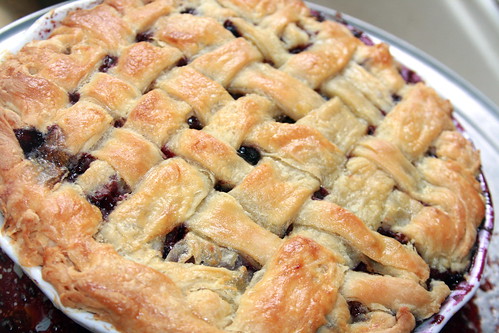 The blueberry pie was quite possibly the best pie I have ever tasted. I know, I'm being immodest. But it was!

We also made a cherry cobbler. Here it is before we baked it: 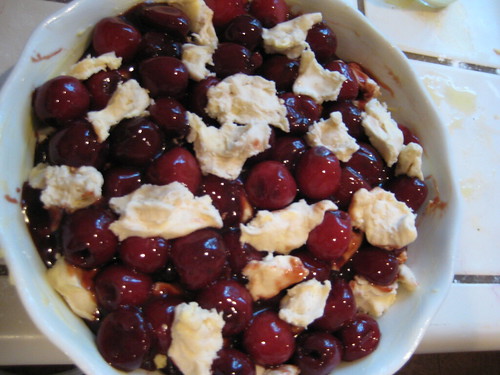 We used organic cherries, and sucanat instead of sugar. Plus some corn starch, a little lemon and vanilla extract. And a pinch of salt.

I didn't make enough dough so this one's a little short. But people ate it anyway.

It was really good with the sucanat. Not too sweet. You could really taste the fruit and it was not overpowered by sugar.

We also made raw homemade ice cream to go with the pies — made from Organic Pastures raw cream (from grass-fed cows), egg yolks, maple syrup, and vanilla extract. Because how can you eat pie without ice cream? — where to buy maple syrup 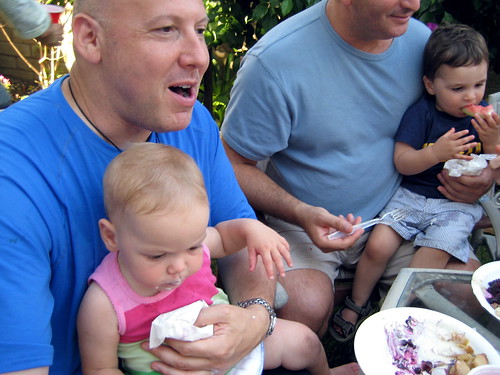