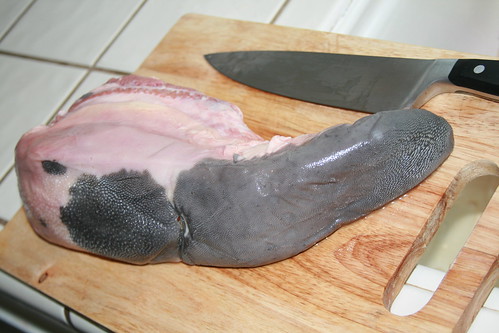 Ever since I heard Martha Stewart talking about Tacos de Lengua, I've been wanting to try making it. Tacos de Lengua is Spanish for beef tongue tacos.

It turns out it's not hard at all to make and it's very tasty. It's not like other organ meats. It's got a taste all it's own. When I first tasted it, I thought it tasted a little bit like corned beef. You can then season it like you would any taco meat.

1. Set a stock pot halfway filled with water on the stove on high heat and bring to a boil.
2. While the water is coming to a boil, chop up a head of garlic.
3. Add the chopped garlic and a couple teaspoons of sea salt to the boiling water.
4. Add the beef tongue to the water. The water should just cover the tongue.
5. Turn the heat down to medium and cover. Let cook for 2-3 hours. The house will smell wonderful!
6. You can tell when it's done when the skin of the tongue easily pulls away. Remove the tongue from the water and set on a cutting board for 10-15 minutes to cool. Discard the water (I thought about saving it as a stock but I'm not sure if this is commonly done — and I did not have room in my fridge. It tasted good.)
7. Peel the tongue and discard the outer skin. 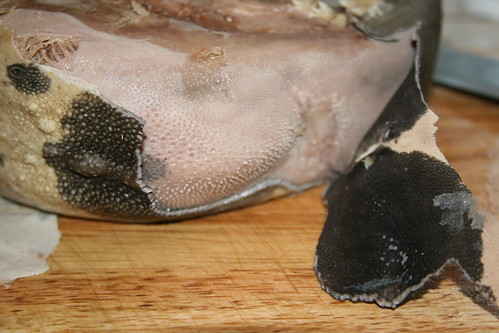 8. Shred or slice the tongue.
9. Chop 2 cloves of garlic and 1 onion.
10. Put some butter, lard, duck fat, or other good fat in a cast iron skillet on low to medium heat.
11. Add chopped onions and garlic and cook until soft.
12. Add the shredded or sliced tongue.
13. Season as you normally would to make taco meat. I don't have a good recipe for taco meat (please post if you do). I just throw together whatever I have on hand — various spices like chili powder and cayenne and cumin. 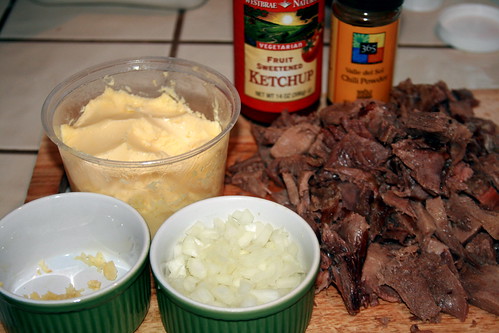